2019: The Second Year of Harry Potter. If you can see this thestral, I'm sorry for your loss. 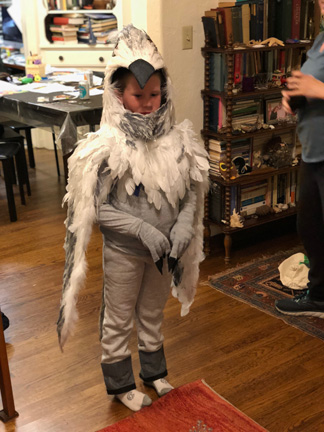 2018: The Year of Harry Potter. Buckbeak the famous hippogriff. No challenge too great for Ingrid!
2017: After visiting the totem poles on Haida Gwai, Wyatt asked his mom for a special costume.
2016: Thank goodness the Pokemon era is now past, but it did bring us Xernias, the mystical, immortal dear, Ingrid's crowning achievement to date. Just look at that crown!
2015: Wyatt wanted to be a Marine Iguana of all things. No problem for Ingrid. Here ya go, kid! 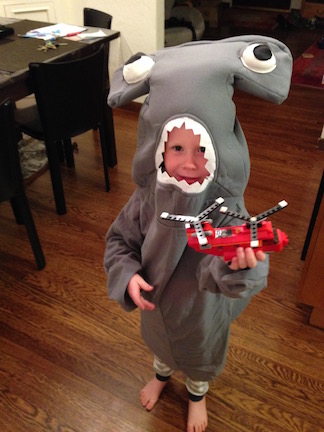 2014: Ingrid didn't make this one, but when your son wants a Hammer Head Shark costume and you find one online like this one, why would you test your luck? 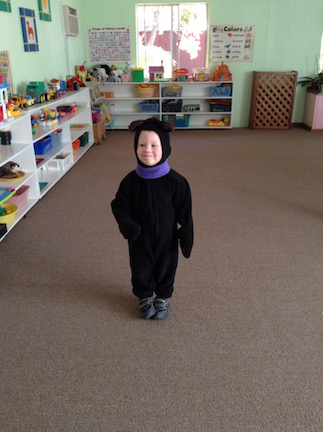 2013: Ingrid's little black bear was the happiest, most cuddly bear in Montessori! 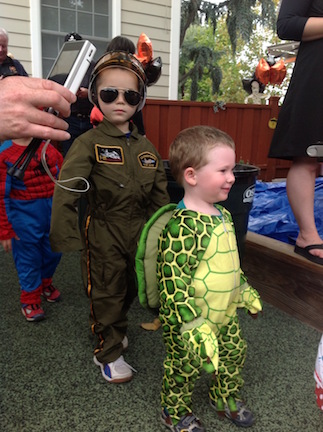 2012: This one was also a purchase. Wyatt was wild about Sea Turtles. Finding Nemo! 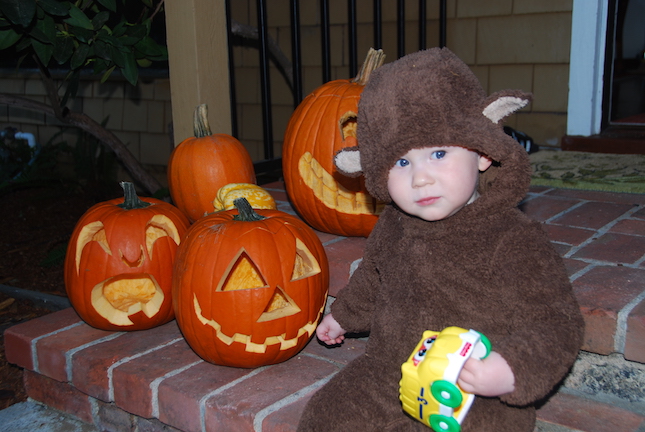 2011: Our first Halloween in our new house. We'd been living there about two months. We carried Wyatt around from house to house for a few blocks and then returned home. It was mostly for the pleasure of the parents. 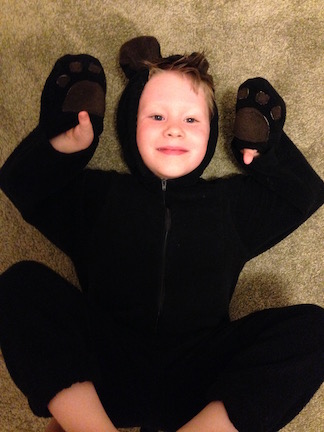 Two years after his black bear Halloween, Wyatt still likes squeezing into his costume and getting to be a bear for a while.
This little Marine Iguana has some deep thoughts to ponder. 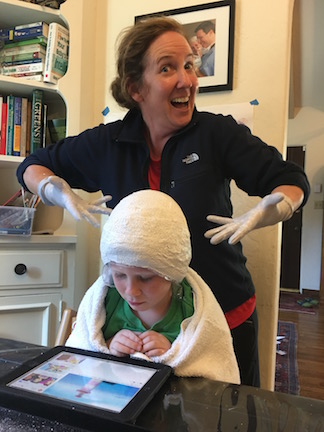 The mad genius at work on her unsuspecting guinea pig.
The little one just called ME lizard breath! 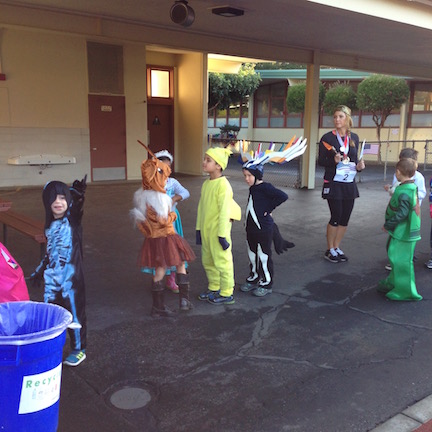 Xernius hanging out with Pikachu and Eevee.
Profile of a thestral beak. 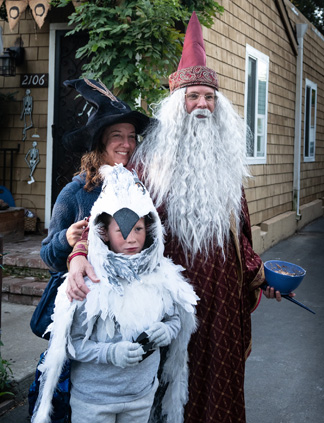 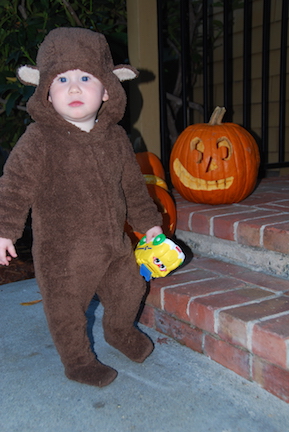 Our little brown bear wondering why the pumpkin has such a big grin.
The mysterious totem pole is coy but clever. Watch out!
We so loved Palo Alto Montessori, all three of us. This was the Halloween Parade.
Previous Next
Art of Halloween
Share This

When Ingrid was in elementary school and junior high, she was passionate about the theater.  She loved acting and doing all the other aspects such as stage set up and costume design.  This comes in pretty handy these days when Halloween rolls around.  Check out her masterful creations: Little Black Bear, Marine Iguana and Xernias, the mystical, immortal dear.  In 2017, we traveled to Haida Gwaii of the coast of Canada to visit the virgin rainforest and first nation cultural sites filled with gorgeous totem poles returning to nature.  It was an experience that had a deep esthetic impact on Wyatt who for months has been drawing beautiful totem poles of all kinds.  Of course, for Halloween, Ingrid knew what she had to do.